Are you thinking about Relocation from Chicago to Wisconsin’s Northwoods? 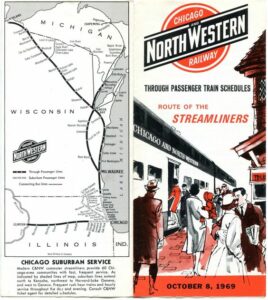 The route between Chicago and Wisconsin’s Northwoods has been well-traveled for some time and each era had its own reason for it. Today sees a new motivation for Chicago residents to relocate to northern Wisconsin.

Initially the region was known to Native Americans, then later to French explorers and fur traders. Northern Wisconsin’s natural beauty was (and is!) breathtaking. Absolutely clear lakes, dense virgin forests, and abundant wildlife began attracting sportsmen who enjoyed hunting and fishing in the mid 19th century. It wasn’t long after that, the rich forests beckoned with opportunity for the lumber industry. As lumber mills opened, small towns began to dot the region, often comprising of a train stop, a basic hotel, and a tavern or two. Churches and schools began to appear and true communities emerged.

As the railroads expanded, Chicagoans realized there was a rustic paradise within reach for vacations. Word spread and resorts grew to keep up with the steady increase in visitors. Many of those resorts still stand today, polished and sturdy. Bent’s Camp in Land O’Lakes was built in 1896 as a camp for sportsmen, primarily from Chicago. Today, it remains one of the Northwoods’ most treasured spots, with the original stone fireplace and paned windows where visitors continue to look out at Mamie Lake. Coon’s Franklin Lodge near Arbor Vitae remains reminiscent of the Gatsby-era lake resorts, still offering an American Plan, which includes three meals a day for guests. Voss’ Birchwood Lodge figured heavily in John Dillinger’s infamous shoot out in 1934 at the nearby Little Bohemia Lodge. In fact, one of the frequent threads in discussions about ties between Chicago and the Northwoods often includes stories of the Capones and other gangsters who found sanctuary “up north”.

Today, a new group of people are relocating from Chicago to northern Wisconsin–or at least purchasing a second home here. While much of the draw remains the unique natural beauty of the region, there’s also a practical motivation: property taxes. With property taxes in Northern Illinois hitting as high as 2.84%, the property rates in Vilas County of 1.01% and Oneida County of 1.18% make a significant difference. On a $300,000 home, it’s a difference of $8,520 to $3,030 in property taxes. On top of that, $300,000 gives a buyer much more buying power in northern Wisconsin!

If you’re considered a special place of your own Up North, give us a call. We’re good listeners and we know the territory well. We pride ourselves on our integrity, professionalism, and ability to be the perfect matchmaker between you and the place you’ll want to call “home”!

Take a trip from Chicago to Wisconsin Northwoods! We invite you to come up for a visit! And if you find, as others have, that you’d like to have a permanent place here, we’d love to guide you to that special place where you’ll create a lifetime of memories. 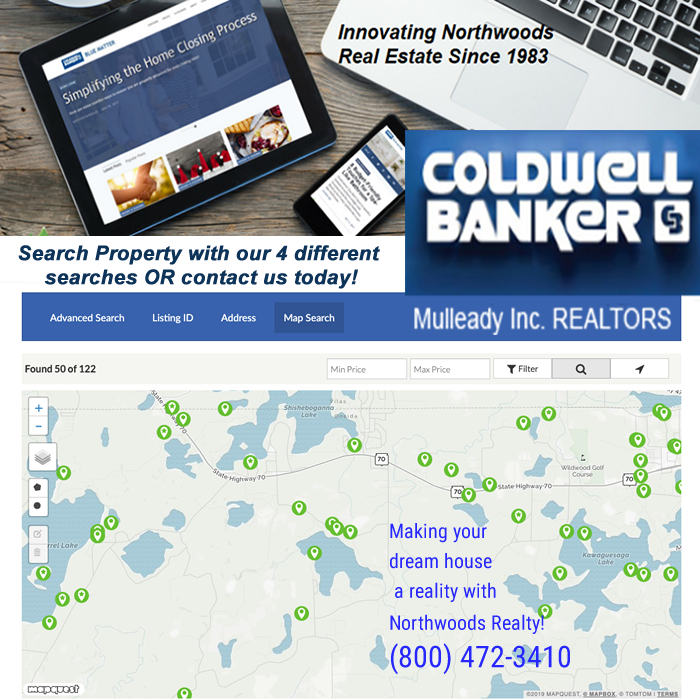 COLDWELL BANKER® Mulleady Inc. REALTORS® continues to lead and innovate Northwoods real estate since 1983. Our growth and success is due to our high professional ethics, expert sales team and commitment to excellence.

The NorthwoodsRealty.com website is truly a one stop for all of your real estate needs whether you are searching for the perfect Northwoods home, vacant land, commercial or investment property. Contact us or visit with a Mulleady, Inc. REALTOR® today!